Amid a legendary career and life, Vin Scully was a fixture in golf 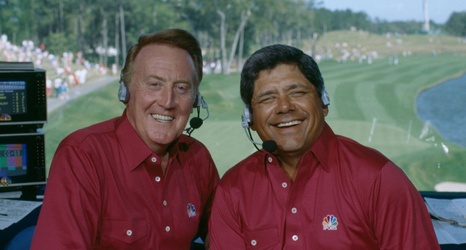 You can't write the history of baseball — and sports — without mentioning Vin Scully, who passed away Tuesday at age 94.

The same, however, could be said about golf.

Scully, most famously known as the voice of the Dodgers for 67 years, called many indelible moments in sports. Those include Sandy Koufax's perfect game in 1965, Bill Buckner's error in Game 6 of the '86 World Series, Kirk Gibson’s pinch-hit walk-off home run in Game 1 of the '88 World Series and Dwight Clarke's “The Catch” in the 1981 NFC Championship game — plus so, so much more.