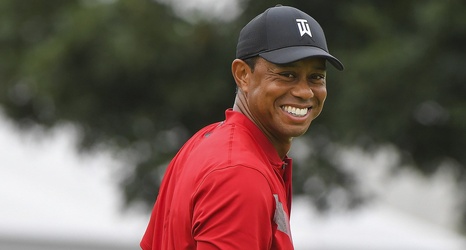 The 18-man field for the upcoming Hero World Challenge is nearly finalized and will include a lot of red, white and blue.

Tournament officials have announced the first 16 participants in the event at Albany in the Bahamas, and the list includes 14 Americans headlined by tournament host and reigning Masters champ Tiger Woods.

Joining Woods in the Bahamas will be seven of the eight players who have already automatically qualified for the U.S. Presidents Cup team that he will captain the following week: Dustin Johnson, Justin Thomas, Patrick Cantlay, Xander Schauffele, Webb Simpson, Matt Kuchar and Bryson DeChambeau.