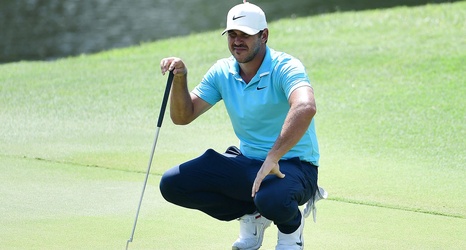 MEMPHIS, Tenn. – Brooks Koepka credited his ability to reconnect with swing coach Pete Cowen following his first-round 62 at the WGC-FedEx St. Jude Invitational for helping him to a two-stroke lead, but that wasn’t the only providence for the defending champion this week.

Koepka also said he had Phil Kenyon take a look at his putting stroke, which has gone cold this season with Koepka dropping to 140th on the PGA Tour in strokes gained: putting. On Wednesday, Kenyon suggested an overhaul of Koepka’s stroke and the results were dramatic.

“I was talking to him and was like, ‘Listen, I'm struggling pretty bad and need your help.