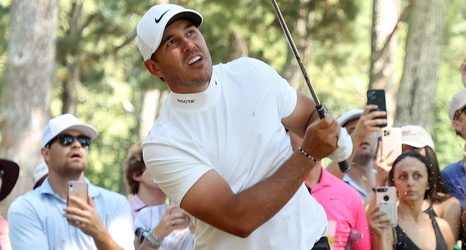 If there was any doubt that Brooks Koepka wasn't going to tee it up on Sept. 24 at Whistling Straights for the Ryder Cup, Koepka put that uncertainty to bed.

Two weeks ago, Koepka withdrew from the Tour Championship with a left wrist injury after hitting a tree root during his third round at East Lake, which dropped him from 16th to 30th in the FedExCup standings.

The four-time major winner was an auto-qualifier for Team USA but after the injury, the question if U.S. captain Steve Stricker needed to use an alternate 13th pick was out there - reigniting hopes for Kevin Na, Patrick Reed, Kevin Kisner and Billy Horschel - but Stricker got his answer.