A ball in a tree, a fan in the fairway with a golf club and loaded leaderboard made for a wild ride at the U.S. Open 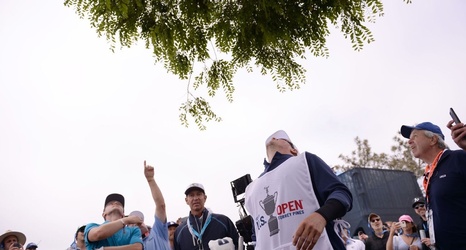 SAN DIEGO -- When Canada's Mackenzie Hughes reached his tee shot on the par-3 11th hole in the final round of the 121st U.S. Open on Sunday, he couldn't believe what he saw.

His ball was lodged between two twigs on the branch of a tree and never came down.

For more than two hours on Sunday, the back nine of the South Course at Torrey Pines chewed up many of the world's best golfers and knocked most of them out of contention.