Report: Tiger Woods' Back Injury Has Worsened And No Return Is Imminent 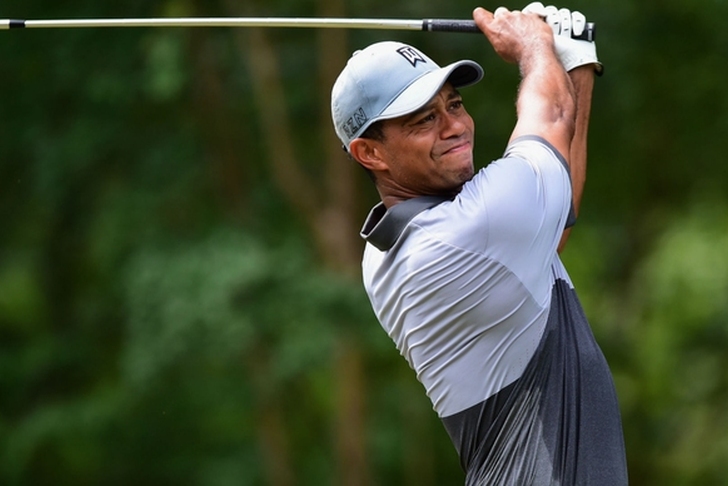 Tiger Woods hasn't played a round of golf on the PGA Tour since he finished tied for 10th at the Wyndham Championship in late August. Woods underwent another back surgery in September, and then a follow-up procedure in October. Woods never gave a return date for when he'd be ready to play again, but a report today says Woods' back condition as actually worsened and that there isn't a foreseeable return.

Not to say career's over, but no imminent return.

For those unfamiliar with Lusetich, he's the author of "UNPLAYABLE: An Inside Account of Tiger's Most Tumultuous Season." Lusetich didn't elaborate on Woods' situation outside of those tweets.

While many golf fans were holding out hope Woods would be able to return for The Masters in April, the report seems to take that off the table.

"The tweets that appeared this weekend about Tiger's health are ridiculous and absolutely false,'' Steinberg said in a statement Monday. "It's reprehensible that every few months someone makes something up and it's treated like a real story. Tiger continues to work on his rehabilitation and we will have an accurate update at the appropriate time.''

Woods is already 40 years old, and injuries have impacted his playing ability far too often in recent years. If the report from Lusetich is true, it's fair to wonder if Woods will ever be able to compete again, let alone pass Jack Nicklaus for most Majors in a career.