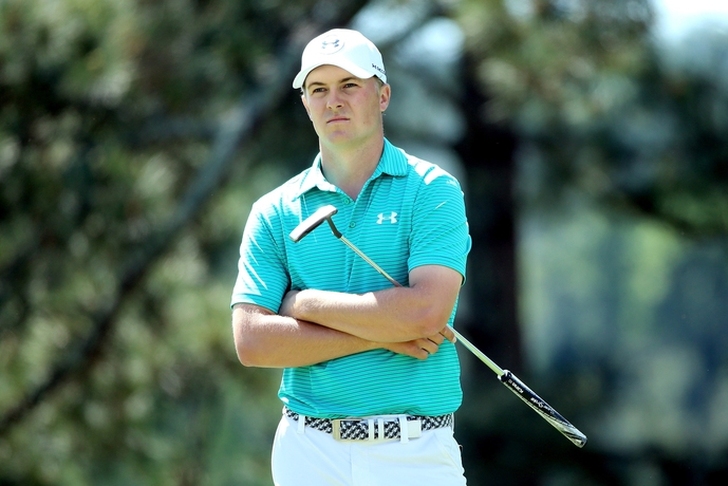 Day 2 of the 2016 Masters Tournament was not an easy day. There was little scoring, in part because of the wind at Augusta National, with just three players posting under par rounds. For the first time since 2007, there were no rounds in the 60s at the Masters. Jordan Spieth was the leader after Round One, and he still has that lead after Round Two. Friday also marked Cut Day, and several notable players missed the cut this year. Check out the leaderboard, who missed the cut, highlights and more from Day Two of the 2016 Masters Tournament below.

These are the only players still under par for the Tournament. McIlroy was the only player to go under par today among these. Golf is getting what it wants Saturday, with a McIlroy-Spieth pairing. Everyone involved, from the Masters itself to CBS, wants that pairing on Sunday as well. Spieth was at -8 early in his round, but struggled late and finished with a 74. It is the sixth straight round that Spieth, the defending champion, has held the outright lead. That matches Arnold Palmer for The Masters record.

Cut Line:
The cut line this year was +6, or 10 shots behind the current leader. Spieth bogeyed two of his last three holes, which actually helped players like Martin Kaymer and Louis Oosthuizen make the cut. Only one player is at +6, and that's Bubba Watson.

These are several of the best golfers in the world, and a few were expected to at least contend this season. Els six-putted his first hole yesterday, all but ruining his chances. Fowler shot an 80 yesterday and Johnson posted an 80 today, causing them to miss the cut. Mickelson needed to finish birdie-birdie to make the cut after taking back-to-back double bogeys on the previous two holes. His birdie putt on 18 ran just past the edge of the cup.

Watch @b_dechambeau birdie No. 12 to move into a tie for second in today's second round at #themasters.https://t.co/D859dWfXyM

The amateur was in second place late Friday, thanks in part to shots like this. However, he went from -3 to even par after a triple-bogey on 18 to end his day.

Watch @McIlroyRory make a 39-foot birdie putt on No. 16 to move into solo second. #themasters https://t.co/BBE7JvtXLy

McIlroy was one of the few to actually score Friday, and putts like these really helped.

Watch @JordanSpieth hit it close on No. 3 for his eighth birdie of the Tournament. #themastershttps://t.co/ORpozZ6rT3

Spieth is deadly with a wedge in his hand. Of course, he wasn't happy all day Friday.

Jordan Spieth is NOT happy about being timed at the #Masters #Masters2016 #MastersTournament #Spieth #SpiethTracker pic.twitter.com/wmZGCUZMdm

Spieth was apparently upset about being put on the clock, meaning he and/or his group was taking too long to play. That could have been a factor in his lackluster Back Nine play.

The live stream of the Masters starts at 10:15 a.m. ET tomorrow. The TV coverage begins at 3 p.m. ET. It's moving day, and several players will be looking to make a big jump up the leaderboard.