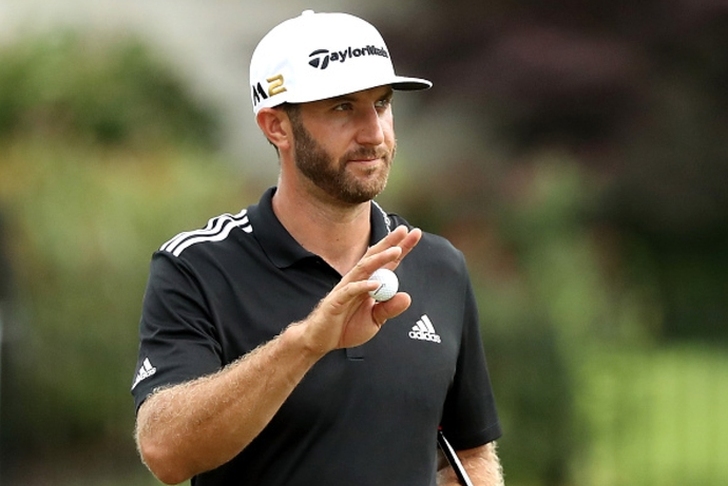 Dustin Johnson is no longer perhaps the best player on the PGA Tour who hasn't won a major tournament.

After years of coming up just short with several close losses, Johnson claimed the U.S. Open championship at Oakmont with a final round -1 on Sunday - including a birdie on the final hole - though it was a bit marred by controversy.

His ball moved slightly on the 5th hole before a putt, but the rules official would not tell him if they would add a stroke to his score because of it. As a result, he played most of the round with a potential one-stroke penalty coming his way:

Hits the ball and it moves backwards? Someone explain the science behind what's happened? #USOpen https://t.co/5vhVh8wqCG

The USGA levied their official ruling upon the immediate conclusion of his round, giving him that one-stroke penalty, but it was all inconsequential as he won by three strokes, finishing with a final score of -4. Here's how he did it on the final hole:

Johnson tapped in that short putt for birdie, capping his win off in style. Here's how the final leaderboard looked: