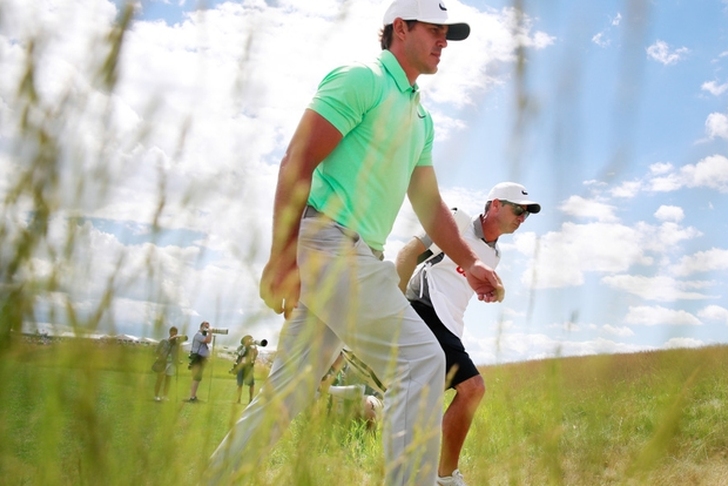 Brooks Koepka entered the 2017 U.S. Open with just one career PGA Tour win. Now, he has won his first major.

Koepka separated himself from a crowded leaderboard down the stretch, birdieing holes 14, 15, 16 to claim the U.S. Open title. His score of 16-under ties him for the lowest ever in U.S. Open history.

The last seven major championship winners have been first time winners, and Koepka can add his name to the list. He finished his round with six birdies in total, playing well while several others at the top of the leaderboard faltered under the pressure of being in contention in the final round.

Brian Harman, who entered the round with the lead, shot even par - his worst round of the tournament - and bogeyed three holes on the back nine that allowed Koepka to take control. Justin Thomas, who entered the day tied with Koepka after a U.S. Open-record 9-under on Saturday, took himself out of contention by shooting 3-over on the day.

Rickie Fowler, who was the biggest name in contention, shot even par in the final round.

Here's how the final leaderboard looked: