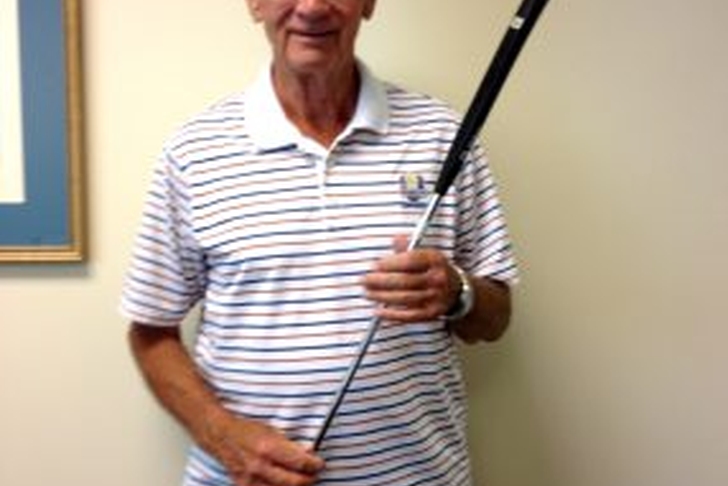 Arguably, Scott could be called the world’s biggest golf enthusiast, because he’s currently playing six rounds of golf on six different continents in just six days. If this sounds implausible, rest assured it isn’t. Scott is already well on his way, enjoying his history-making golf tour.

Why He’s Doing It

Scott turns 80 in just a few short months and to celebrate he’s treating himself to the vacation of a lifetime. His love of golf keeps him traveling, always looking for the next course to play.

He’s got a history of creative vacations, like the one he took back in 2012. Scott claimed the headlines with his amazing 50 rounds of golf in 50 states in just 50 days. It seems Scott is no stranger to one-day stops in some of the world’s most desirable locations. It seems the only thing Scott desires is a view from the course.

A Jersey Shore resident, Scott landed in Australia on Labor Day, September 2nd 2013. He played the Bonville Golf Resort. Bonville’s courses are known world-wide for their pristine beauty, gorgeous views its prime location between Sydney and Brisbane. It’s unknown if Scott was able to do any siteseeing, but it’s doubtful given his time constraints.

Scott recently told CBS Sports, “I’m only going to have some cab fares and a couple of hotels. I’ll actually get a chance to sleep a few times in there. Hopefully. And I’ll have to shower and shave once in awhile.”

Scott told CBS Sports that would have loved to add a 7th day to his trip and hit all 7 continents, but unfortunately there aren’t any courses in Antarctica.

Golf is More than a Hobby

To people, like Harry Scott, golf isn’t just another hobby. It’s a passion. The game is difficult, time consuming, but adored by the folks who play it. Mastery can take years and at nearly 80 years old, it seems Scott has honored the commitment.

Nick Gholkar, a long-time passionate golfer who has played the game since he was a young teenager, notes that “golf takes patience and dedication and is difficult to master.” Although it’s more than likely Harry Scott is an excellent golfer, here are some of Gholkar’s tips for improving the golf game and thus improving your passion for the sport.

·  Keep your elbow touching your hip

·  Let the club do the work for you

·  Envision the shot in your mind