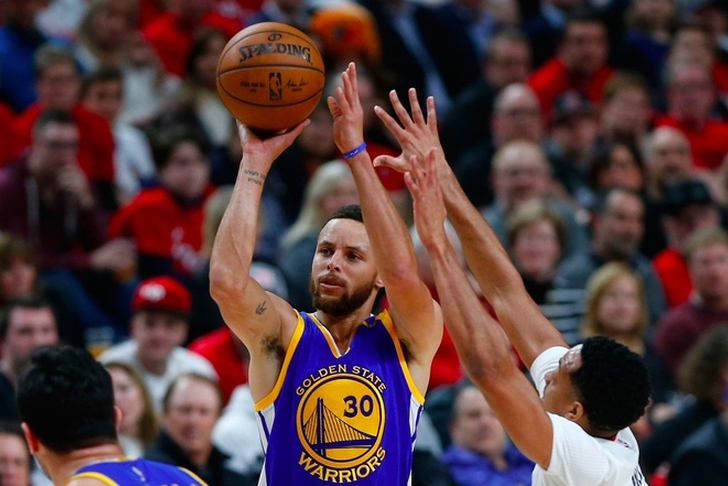 It was clear before the first quarter ended that the Golden State Warriors would sweep the Portland Trail Blazers. The Warriors started the game on a 14-0 run and were up 45-22 at the end of the quarter. The Warriors cruised to a 128-103 win, sweeping the Blazers in the Western Conference opening round series.

Draymond Green to JaVale McGee for the alley-oop and the foul! #DubNation pic.twitter.com/GHiKHhpURd

This is classic @StephenCurry30. #DubNation pic.twitter.com/sSja1a45sp

Stephen Curry out here showing off in a blowout. #DubNation pic.twitter.com/oh3nA82rkW

Draymond Green had 21 points, Klay Thompson had 18 and Kevin Durant returned to action to put up 10.

Kevin Durant with the crossover as the #Warriors are blowing out the #Blazers! #DubNation pic.twitter.com/FtfBvhpkXi

Damian Lillard and Al-Farouq Aminu were the two Blazers to play well on offense. Lillard had 34 points, six assists and this nifty move.

We got a Blazers highlight thanks to Damian Lillard breaking Draymond Green's ankles! #ripcity pic.twitter.com/RYuN51AKwZ

Aminu had 25 points and seven rebounds, but the Blazers didn't get the play from C.J. McCollum they needed. He had just six points on 2 of 12 shooting. Only one other Blazer reached double-figures and that was Shabazz Napier, who did most of his damage in garbage time.

The Warriors will get the winner of the Jazz-Clippers series. That series is tied at 2-2.