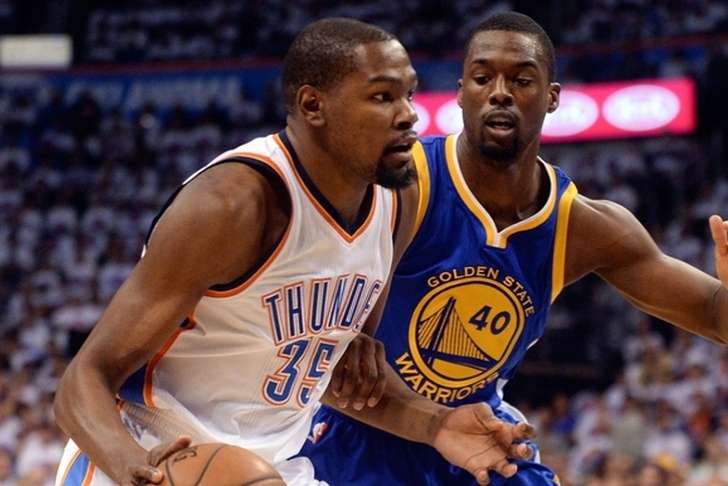 The start of NBA free agency is just two days away and the Golden State Warriors are trying to upgrade an already talented roster. The Warriors have cap space and will try to add a big name this offseason. The big name they really want is Kevin Durant. Here are all the latest Warriors rumors and news and you need to know.

Warriors Players Recruiting Durant?
The Warriors have their meeting with Durant later this week (more on that below), but the players' recruitment of Durant has long been underway according to Adrian Wojnarowski.

"Here's the thing that's interesting about Golden State: their players have been recruiting Kevin Durant all year," Wojnarowski said on a recent podcast. "And it goes back to early in the season when the Thunder were struggling. And I don't know if Golden State saw them as a peer; I don't know that they saw them as a threat ... Kevin Durant, just like he was hearing from guys in Boston, Washington, different places -- he was hearing from guys on the Warriors about, 'Hey, you can come help take the pressure off of Steph Curry. We need you.' This is when they were running off win after win after win. They had him on their mind. He's been on their mind. And it appealed to him. And some of it was text messages, it's a lot of that. But the communication with some of the players in Golden State and Kevin, that's just not just starting now."

Wojnarowski also reported that Draymond Green would have no issues adding Durant, even if it means a lesser role for Green. The Warriors would need to clear some cap space to sign, but they might be the biggest threat to the Thunder.

When Durant Meets With Golden State
Durant is setting up meetings with several teams around the NBA, including with the Warriors. We now know when the Warriors will get to make their official pitch to Durant.

Kevin Durant's 1st meeting will be with OKC on Thurs, June 30, in OKC. He'll then fly to NY to meet with the Warriors on July 1, sources say

That meeting with the Warriors will be in the Hamptons. After the Warriors, the Spurs are up next.

Barnes Wants To Stay?
If the Warriors land Durant, they'd need to let go of Harrison Barnes. However, it seems Barnes wants to stay with Golden State.

The Warriors would have to shed Barnes if they're fortunate enough to win the Durant Sweepstakes; Barnes has made it clear he hopes to stay.

Despite his struggles, the San Francisco Chronicle reports Barnes is likely to get a four-year max deal in free agency. Since Barnes is a restricted free agent, the Warriors can match any offer Barnes gets. If adding Durant is off the table, the Warriors could elect to keep Barnes.

Follow our Golden State Warriors team page for all the latest Warriors rumors, or download the Chat Sports App!