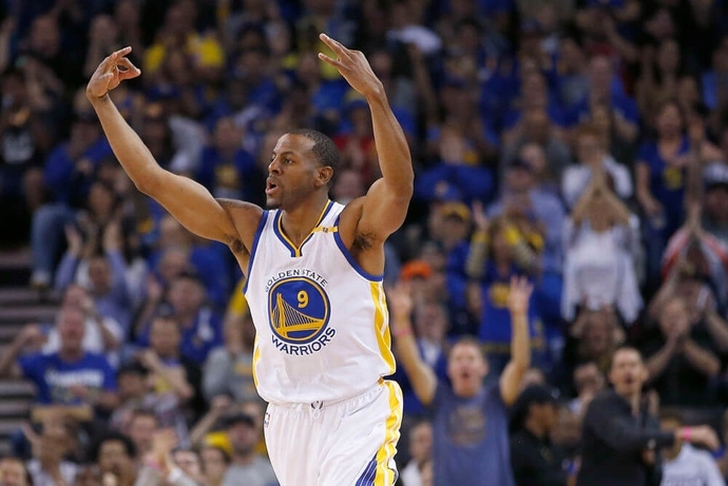 Andre Iguodala will take meetings from NBA teams once free agency starts on July 1st, but the Golden State Warriors won't be one of those teams. Instead, Iguodala will get offers and meet with other teams trying to lure him away from the Warriors.

ESPN reports Iguodala's decision to not meet with the Warriors doesn't preclude him from re-signing. After all, Kevin Durant is open to taking less money to help keep Iguodala. Plus, Iguodala has spent several years with Golden State and a pitch isn't really necessary.

Still, it does help the chances of another team poaching Iguodala away. Several teams, including the Spurs, Timberwolves, 76ers and more, want to sign the valuable defender and sixth man.

The Warriors have concerns about paying Iguodala a large contract, with big money coming up for Durant, Stephen Curry, Draymond Green and Klay Thompson. A contending team could lure Iguodala away with a sizeable contract, hurting the Warriors in the process.