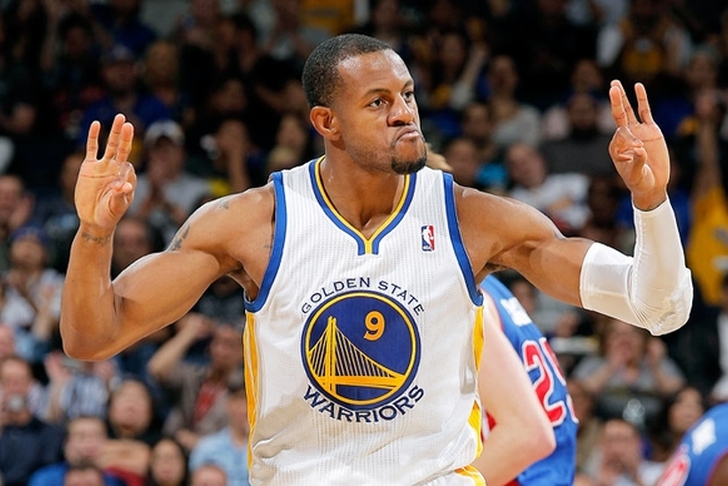 Andre Iguodala is staying with the Golden State Warriors. He's signed a mulit-year deal to stay in Oakland.

Sources close to Andre Iguodala reporting agreed to terms to return to the bay....

Iggy's deal is fully guaranteed. The Warriors had some concerns about their impending luxury tax payments, but elected to still pay Iguodala. Kevin Durant will take less money this offseason to keep Iguodala on the roster.

Iguodala had taken visits with the Houston Rockets, Sacramento Kings and the San Antonio Spurs.