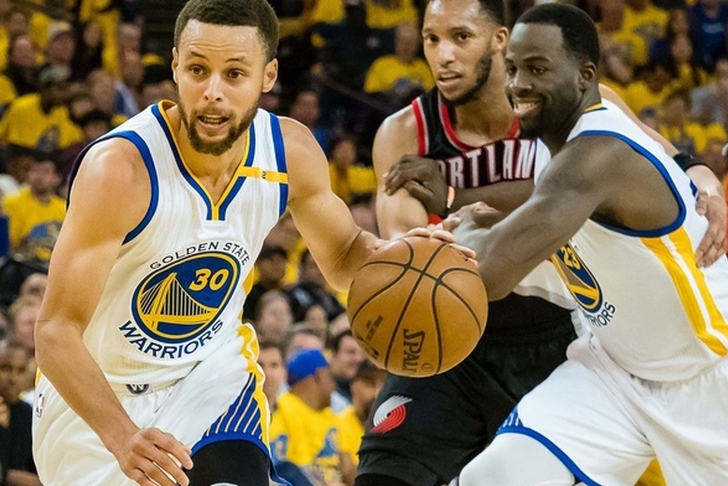 No Kevin Durant, no problem for the Golden State Warriors. Behind a 28-12 3rd quarter advantage, the Warriors rolled to a 110-81 win over the Portland Trail Blazers Wednesday night. The Warriors hold a 2-0 series lead with the win.

With Durant out, part of the scoring load was picked up by JaVale McGee. He had 15 points off the bench and four the Warriors 11 blocks on the night. Stephen Curry led the way with 19 points, while fellow Splash Brother Klay Thompson had 16. Draymond Green had only six points, but still had a double-double with 12 rebounds and 10 assists.

After carrying the Blazers in Game 1, Damian Lillard and C.J. McCollum had off nights. They combined for only 26 points on 9 of 34 shooting. Moe Harkless led all Blazers with 15 points. Portland shot just 33 percent from the field.

Both teams put in their backups for much of the fourth quarter in the blowout.