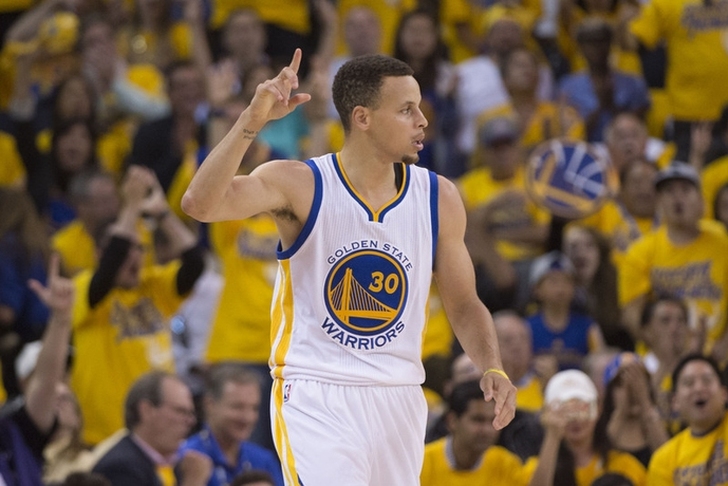 The Oklahoma City Thunder led by as many as 13 early against the Golden State Warriors. But much like their 3-1 series advantage, that lead wouldn't last, as the Warriors rallied to beat the Thunder 96-88 in a thrilling Game 7 of the Western Conference Finals. With the win, the Warriors advance to face the Cleveland Cavaliers in the NBA Finals.

The Warriors are just the 10th team to rally from a 3-1 deficit in the NBA playoffs to win a series. They are the first team to do it in a conference finals since the Boston Celtics did it in 1981.

The Warriors trailed by six at the half, but used a big third quarter to swing the game. The Warriors outscored the Thunder 29-12 in the third to take an 11-point lead and held on for the win. The Thunder cut the lead to four with under two minutes to play, but couldn't get any closer.

Klay Thompson started the game 0 for 7, but found his shot. He finished with 21 points on 7 of 19 shooting, including 6 of 11 from 3-point range. Stephen Curry led the all scorers with 36 points, plus eight assists and five rebounds. He was 13 of 24 from the field and 7 of 12 behind the arc. Draymond Green was just 5 of 14 from the field, but did had 11 points, nine rebounds and four assists.

The Kevin Durant and Russell Westbrook combo didn't quite reach the level of play they did earlier this series. Durant had 27 points on 10 of 19 shooting and chipped in seven boards and three assists. He took over the game for the Thunder in the fourth quarter, but couldn't pull out a win. Westbrook had 19 points, 13 assists and seven rebounds, but was just 7 of 21 from the field. Serge Ibaka had 16 points, but no other OKC player reached double figures.

Game 1 of the NBA Finals is Thursday in Oakland. Tip-off is set for 9 p.m. ET.