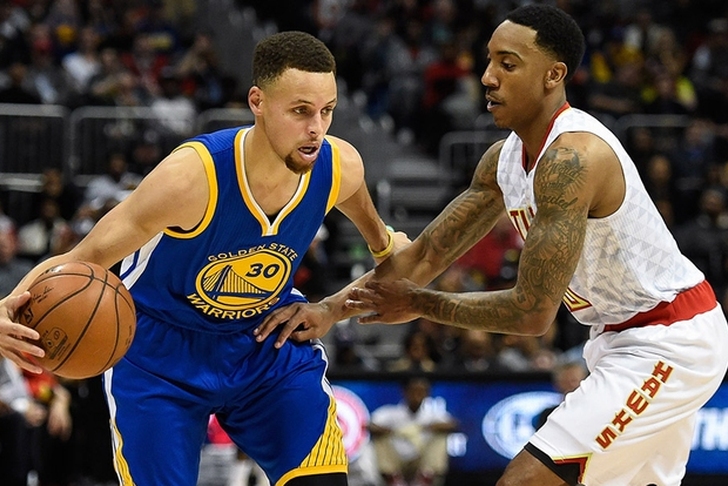 The Golden State Warriors became the fastest team in NBA history to win 50 games on Monday night, but it wasn't without some nail-biting in a 102-92 road win over the Atlanta Hawks.

With the win, the Warriors move to 50-5 -- taking one less game than the 1995-96 Chicago Bulls to hit 50 wins. Those same Bulls hold the NBA record Golden State is chasing with a 72-10 overall regular season record.

Stephen Curry was electric for the Warriors all night long, cashing in 36 points while pacing the team to a 70-47 lead midway through the third quarter.

However, as they've done several times before this season, the Warriors relaxed a little too much on defense with the big lead -- coming up on the wrong end of a 28-6 run before Atlanta seized the lead early in the fourth and sent their sellout crowd into a frenzy.

But, the Warriors pushed back late on a Curry shooting barrage which led to him wiggling his shoulders in front of the Atlanta bench. Fellow Splash Brother Klay Thompson chipped in 27 behind Steph.