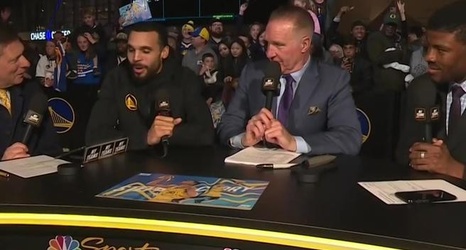 Nobody thought Mychal Mulder was going to play in the NBA.

After receiving just one scholarship offer in high school, he went to junior college for two years. He barely played at all his junior year at Kentucky, and then averaged 10.6 minutes per game during his senior season.

He then played for the G League's Windy City Bulls for two seasons, and started the 2019-20 campaign with the Sioux Falls Skyforce.

Mulder's dreams came true when the Warriors signed him to a 10-day contract on Feb. 27. The 25-year-old impressed Golden State enough to earn a contract through the remainder of the season.