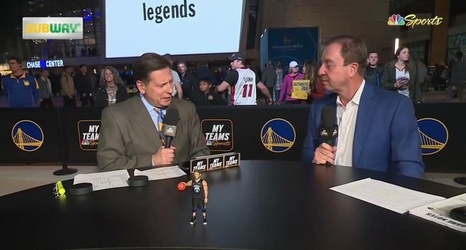 Because he was selected to play in the NBA Rising Stars game Friday night.

But you already knew that.

What you might not be aware of, however, is that Paschall is going to arrive in style. The 23-year-old will be joining Warriors owner Joe Lacob on a private plane to the "Windy City."

During an appearance Monday night on Warriors Pregame Live, Lacob explained to Greg Papa why he's rolling out the red carpet for the No. 41 overall pick in the 2019 NBA Draft:

"I'm going to Chicago anyway for the All-Star Game and NBA stuff.