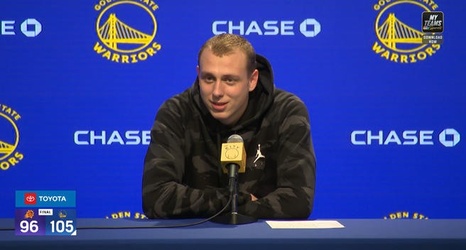 During Alen Smailagic's rookie season with the Warriors, he showed flashes as to why Golden State traded two future second-round draft picks (2021 and 2023) to acquire him.

"His best skill right now -- for a young guy, he's not afraid of the game," Warriors assistant coach Ron Adams told Tim Kawakami of The Athletic last week. "He comes into the game and he's turned on. He makes some good plays.