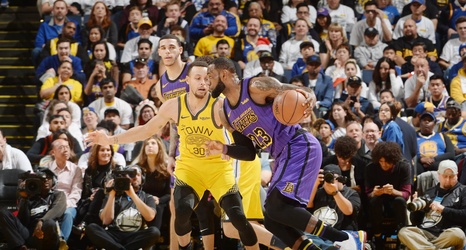 The Golden State Warriors preseason schedule was released a few weeks ago, and featured a surprising four of five games against the Los Angeles Lakers.

And now we know that two of those games will be broadcast nationally.

The NBA just released the full 2019-20 preseason schedule. Golden State’s first preseason game - on October 5, at 5:00 p.m., PT vs. the Lakers - will be broadcast on TNT. It’s the first basketball game ever at the new Chase Center in San Francisco, so the national broadcast is very much deserved.