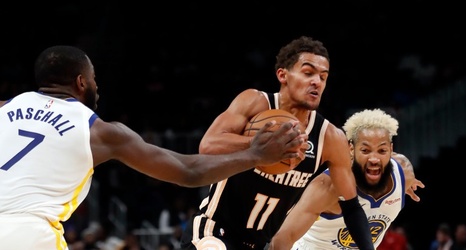 ATLANTA — The Warriors entered Monday’s game against the Atlanta Hawks with a good opportunity to earn a much-needed win. Instead, they didn’t give themselves a chance.

The Warriors (4-18) lost to the Hawks, 104-79, Monday at State Farm Arena. Coming off a tightly contested game against the Orlando Magic that came down to the final shot, the Warriors also welcomed back center Kevon Looney against a Hawks (5-16) team that had previously lost 10 straight games.