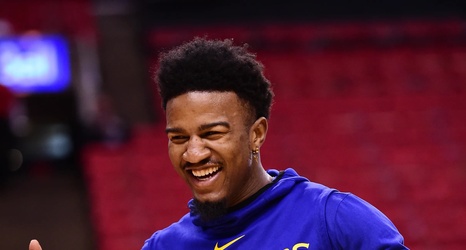 The Golden State Warriors have two open spots on their roster after trading Marquese Chriss and Brad Wanamaker at the trade deadline, and not re-upping Gary Payton II’s 10-day contract. And those spots need to be filled, per NBA rules.

And so they’re turning to familiar faces. According to Shams Charania and Anthony Slater of The Athletic, the Warriors are signing Jordan Bell to one spot, and converting Juan Toscano-Anderson’s two-way contract for the other.

The Golden State Warriors are planning next week to convert two-way forward Juan Toscano-Anderson into a standard NBA contract, and sign Jordan Bell into the vacant two-way deal, sources tell me and @anthonyVslater.