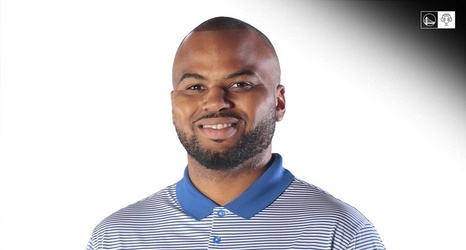 Santa Cruz Warriors general manager Ryan Atkinson talks about his experiences and the opportunities that he's seen created for players, coaches and staff in the NBA G League.

A native of Atlanta, Atkinson was a locker room attendant for the Hawks while in school where he connected with Warriors director of team operations Eric Housen, which led him to joining the Warriors upon moving to the Bay Area to complete his master’s degree in sports management at the University of San Francisco.

Opportunities with the Rio Grande Valley Vipers, where he worked with current Timberwolves GM Gersson Rosas and current Raptors head coach Nick Nurse, along with a position with the Reno Bighorns followed as he eventually made his way to the Warriors organization in Santa Cruz.