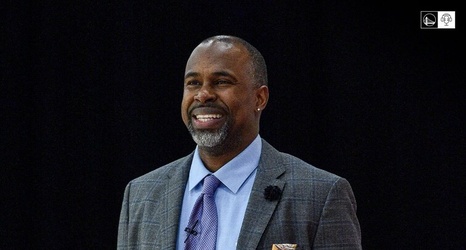 Santa Cruz Warriors head coach Kris Weems talks about his experiences within the Warriors organization over the years in both Golden State and with the NBA G League team.

His college playing days at Stanford featured four consecutive appearances in the NCAA Tournament as he played from 1995 to 1999 with the Cardinal under former Warriors head coach Mike Montgomery.

Averaging 10 points per game during his entire college career, his memories of tournament games with Stanford including a Final Four, plus his time playing alongside Warriors assistant coach Jarron Collins are part of the conversation.

A native of Kansas City, Weems played professional basketball in Tel Aviv after his time at Stanford and has also served as both the Director of Athletics and boys basketball head coach at Menlo School in Atherton.