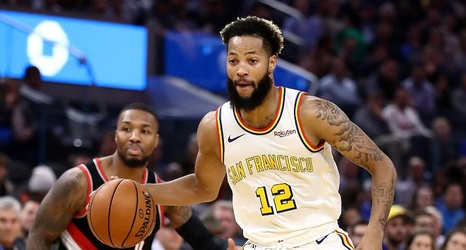 Ky Bowman spent three years playing at Boston College where he demonstrated a knack for scoring and passion for aggressive defense. He came to the Warriors this summer on a two-way contract after going undrafted in the 2019 NBA Draft, but in the past week has been vaulted into the role of starting point guard as injuries have piled among the Warriors’ All-Star core.

What has it been like transitioning to the NBA and taking a starting role so early in his career? Bowman recently discussed that and what he was able to take from his days as a recruited football player that has prepared him for this moment.