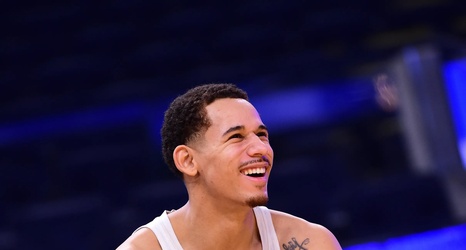 We’ve known for a little while that the Golden State Warriors would convert Juan Toscano-Anderson’s two-way contract before the season ended, and give him a deal for next year. We just didn’t know what the details would be.

Now we do. According to a report from The Athletic, the Warriors have signed Toscano-Anderson to a two-year deal with that will provide him with additional salary for this season, and a fully-guaranteed minimum salary for next season.

Warriors forward Juan Toscano-Anderson is signing a new two-year deal with Golden State, with additional money tacked onto this season and 2021-22 fully guaranteed at the minimum salary, sources tell me and @anthonyVslater.