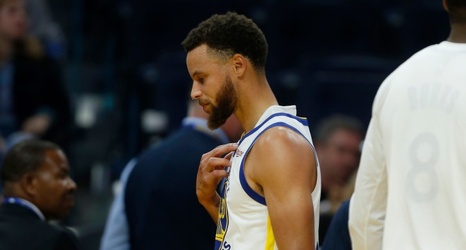 MINNESOTA — Warriors guard Stephen Curry has not been ruled out for the season, a source told Bay Area News Group Friday, refuting an earlier report that Curry is likely to miss the entire season with a broken hand.

Bleacher Report’s Ric Bucher wrote Friday that “a team source says the fracture was worse than originally thought, and it’s unlikely that he plays again this season.” The Warriors’ expectation is for Curry to be re-evaluated in February, as originally intended, and decide on next steps from there.

Curry underwent surgery last week for a broken hand he suffered in Oct.