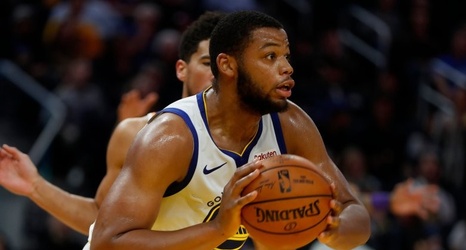 ATLANTA — On Monday, Warriors forward Omari Spellman returned to the city where his NBA career started to face the team that decided they had seen enough 13 months after drafting him.

Spellman dealt with weight issues and depression during his first season in Atlanta but, after he was traded to Golden State this summer, his is among the most radical feel-good stories of the season.

Spellman landed in Atlanta a slim 260 pounds, and is getting closer to his ideal playing weight of 245 pounds as he becomes one of the Warriors’ most versatile frontcourt players.