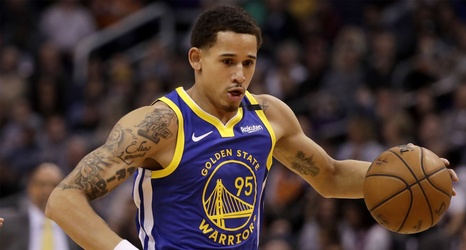 The Golden State Warriors won three NBA championships over a five-year period in which they averaged 64.4 wins per season, but the Dubs will officially enter the All-Star break with the league's worst record at 12-43 after regular-season play concluded on Thursday:

Caesars Palace listed a 47-win over/under total for Golden State before the season, good enough for seventh-best in the Western Conference.

However, the Warriors assured themselves of falling short of that mark following a loss to the Utah Jazz on Jan. 22.

Injuries and departures have taken a toll on Golden State.