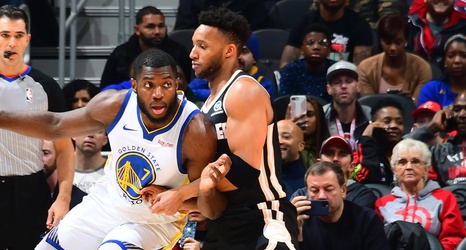 Poor shooting and turnovers was the story for the Dubs in their 104-79 loss in Atlanta on Monday.

Playing on the back end of a back-to-back, the shorthanded Dubs started OK but things got sloppy in the second and third quarters, during which the Warriors issued 15 turnovers and were outscored 56-30. The Warriors finished the game with a season-high 25 turnovers, leading to 25 points for the Hawks, who never allowed the Dubs to get within closer than 20 points throughout the final period.

The loss spoiled another solid effort from Eric Paschall. The rookie forward scored six of the team’s first eight points and finished with 24 points on 9-of-11 shooting, nine rebounds and six assists.