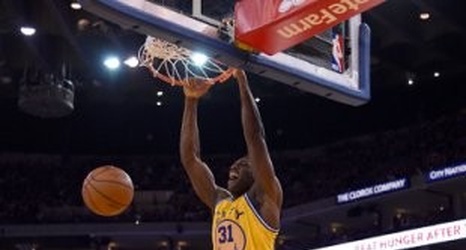 [Follow Dunks Don't Lie on Tumblr: The best slams from all of basketball]

The 26-year-old big man, who hasn't suited up since Golden State's Jan. 25 win over the San Antonio Spurs, is expected to miss at least six weeks recovering from the procedure, but is expected to return before the end of the regular season in mid-April.