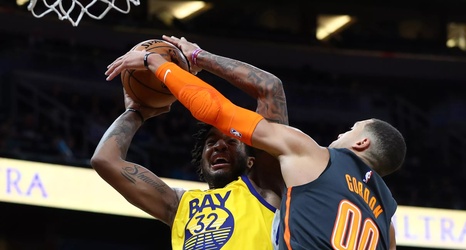 Moral victories are fine in their place. You’re outnumbered, outgunned, and out-talented yet, you remain in your opponent’s chest. You’re fighting for every possession. For every loose ball and every charge. You as a team are doing the most with the least and the actual victory is there for the taking. You almost made key baskets down the stretch, and almost won.

Almost will never count. Ever.

The Golden State Warriors, once again snatched an “L” from the mouth of victory as they dropped a tough one to the Orlando Magic 100-96.