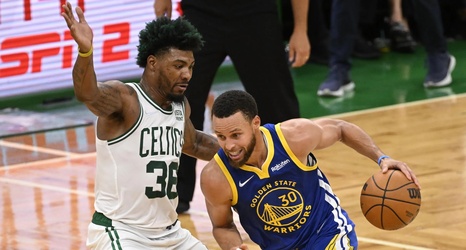 With the full schedule for the upcoming 2022-23 NBA season set to be released this Wednesday, leaks for some of the most anticipated matchups have already been announced. To no surprise, the defending champion Golden State Warriors are heavily featured in these marquee matchups from opening night to Christmas Day. According to Shams Charania of the Athletic, the latest schedule leak reveals the two dates for the NBA Finals rematch between the Warriors and the Boston Celtics.