Warriors at the White House 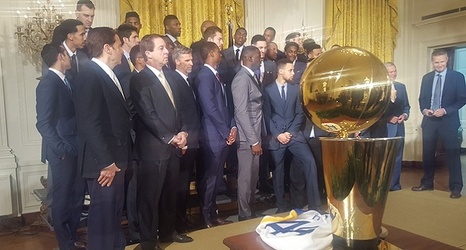 Of the many fruits of winning a championship, one of the top ones has to be meeting the President of the United States. The Warriors get that honor today, which will be a little extra special considering the Dubs will be the final NBA Championship team to be greeted at the White House by President Barack Obama, who in his final year of his second term of his presidency.

The commander in chief is a huge basketball fan, and like a lot of other viewers of the game, he has become an admirer of Stephen Curry through the years.