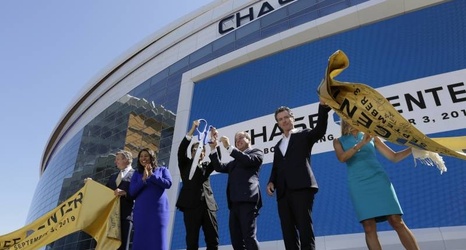 As they embark on their first season at Chase Center, the Golden State Warriors are expected to have the highest annual revenue of any NBA team.

The Athletic's Tim Kawakami reported the Warriors are projected to earn about $700 million annually. One source told Kawakami that Golden State could not only surpass every NBA team financially but also every NFL franchise "except maybe the Cowboys."