Warriors: 3 players who were having breakout seasons 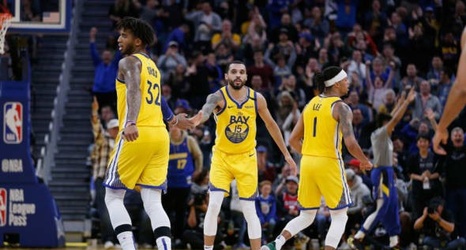 After a five year stretch of dominance that brought three championships to the Bay Area, the Golden State Warriors found themselves in unfamiliar territory as this season progressed forward.

Injuries have plagued this team all season long, putting the team at the bottom of the Western Conference.

With Klay Thompson set to likely to miss the entire year rehabbing an ACL and Stephen Curry only playing in four games before breaking his left hand, things began spiraling out of control quickly.

Heading into a league-wide hiatus due to COVID-19, the Warriors have the worst record throughout the league with a vile 15-49 record.