The New York Knicks should have the most interest in Warriors No. 2 pick 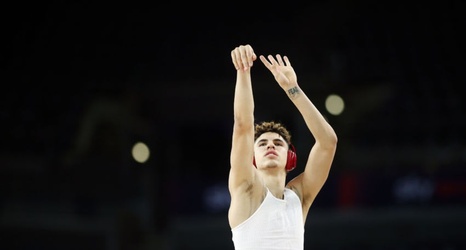 AUCKLAND, NEW ZEALAND - NOVEMBER 30: LaMelo Ball of the Hawks during warm up prior to the round 9 NBL match between the New Zealand Breakers and the Illawarra Hawks at Spark Arena on November 30, 2019 in Auckland, New Zealand. (Photo by Anthony Au-Yeung/Getty Images)

The New York Knicks should be calling the Golden State Warriors daily trying to trade up and get their future star — point guard LaMelo Ball.

The Golden State Warriors have the No. 2 overall pick in the upcoming NBA Draft, but if we’re honest, no one actually expects them to use the pick despite being under a month away from the draft.