The Lakers are trying to steal your favorite players 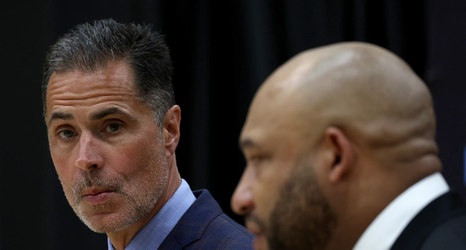 In the dark days of the Chris Cowan ownership regime, the Golden State Warriors would often look to the south after a disappointing, playoff-missing season, and add a free agent from the successful, championship-winning Los Angeles Lakers. Remember when the team gave Derek Fisher a six-year contract in 2004? And then salary-dumped him two years later? Or when they gave former Laker Ronny Turiaf a four-year deal in 2008, and salary-dumped him four years later? (Along with Anthony Randolph, a prospect certain corners Dub Nation still believe in.)