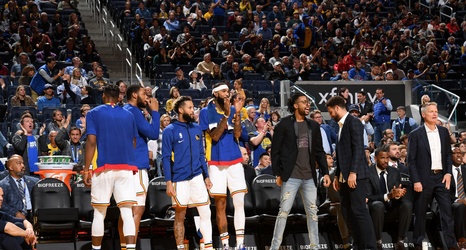 Through tight passing and incredible offensive talents, the Golden State Warriors have displayed some of the most beautiful basketball of all-time in recent years. Now, their beauty is a bit harder to see.

Before, the Warriors would put on a show of magnificent proportions. The likes of Stephen Curry, Klay Thompson, Kevin Durant and Draymond Green combined for one of the best offensive forces the league had ever seen.

Less than a year later, the Warriors are outing a lineup filled with role players and former G-League members. Even so, beauty is still present.