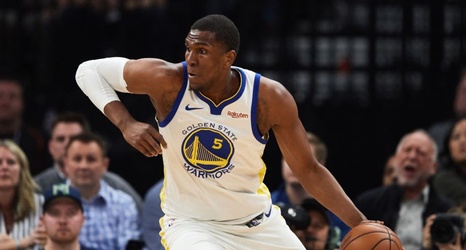 MINNEAPOLIS, MN - MARCH 29: Kevon Looney #5 of the Golden State Warriors dribbles the ball against the Minnesota Timberwolves during the game on March 29, 2019 at the Target Center in Minneapolis, Minnesota. NOTE TO USER: User expressly acknowledges and agrees that, by downloading and or using this Photograph, user is consenting to the terms and conditions of the Getty Images License Agreement. (Photo by Hannah Foslien/Getty Images)

Over the last few seasons, it’s been a rarity for the Golden State Warriors to dish out a non-max contract. They have four players currently on max deals — Klay Thompson, Andrew Wiggins, Stephen Curry, and Draymond Green.