Stop the presses, the Warriors have won 4 games in a row 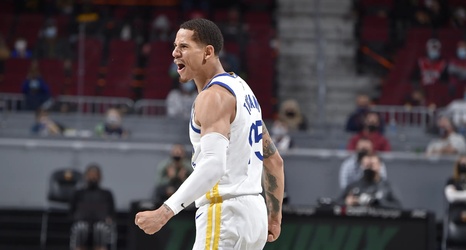 After a sluggish start, the Golden State Warriors came alive to beat the Cleveland Cavaliers 119-101.

Stephen Curry led the way with 33 points, while reserve Juan Toscano-Anderson put up a career-high 20 points in the victory, giving the Dubs their first-four game winning streak of the season.

The Warriors took control of the game in the second quarter and managed to keep the Cavs at bay for most of the contest. Golden State shot 51.1 percent from the field and outrebounded the bigger Cleveland team 47-39.

The Dubs are clicking at the right time as they try and lock down a play-in position.