Stephen Curry has a new tunnel shot at Chase Center, and it’s even more difficult than before 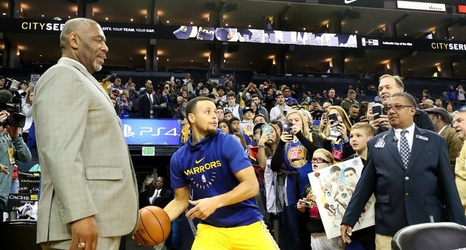 Curry’s pregame tunnel heaves became a spectacle at Oracle Arena that attracted the attention of thousands of cameras and fans. The move to San Francisco’s Chase Center this season presented some obstacles for Curry to recreate that routine — mainly, geometry.

Before the Warriors’ season opener against the Clippers Thursday, Curry tried and missed his shot attempt from his new tunnel.

At Oracle Arena, Curry’s tunnel shot came from the player’s tunnel perpendicular to the basket. For Curry, the angle provided a makable look.