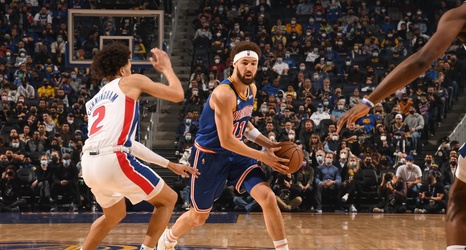 After losing three of their past five games, the Golden State Warriors got back on the right side of the standings on Tuesday, defeating the Detroit Pistons 102-86.

The Warriors rewarded rookie Jonathan Kuminga for his recent stretch of good performances with a start for injured star Draymond Green. Kuminga seemed poised for a big game, but rather than Tuesday’s matchup revealing a glimpse into Golden State's future, it ended up reminding fans of the peaks of their recent past.

Andrew Wiggins led the charge early, starting 4-for-5 from the field and helping the Warriors build a 26-13 lead.