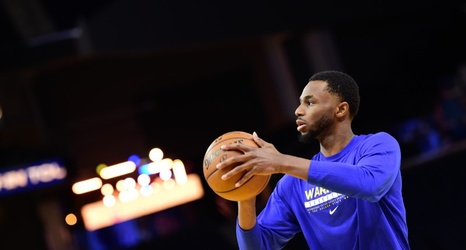 The San Francisco Department of Public Health may play a role in whether Golden State Warriors forward Andrew Wiggins can play home games this season if he remains unvaccinated against COVID-19, and there is reportedly "increasing concern" from the team.

Rusty Simmons of the San Francisco Chronicle reported the Warriors are worried about Wiggins availability, especially early in the season, because he is not vaccinated.

Wiggins told reporters in March, "I don't really see myself getting it any time soon, unless I'm forced to," when discussing the vaccine.

Baxter Holmes and Adrian Wojnarowski of ESPN reported the NBA is not requiring players to be vaccinated this season in part because it is a "non-starter" in negotiations with the Players' Association.