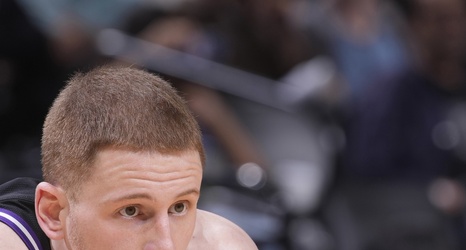 Donte DiVincenzo is on the move after agreeing to a contract with the Golden State Warriors in free agency.

Per The Athletic and Stadium's Shams Charania, the Warriors will pay DiVincenzo $9.3 million over two years. The second year of the deal is a player option.

DiVincenzo became an unrestricted free agent when the Sacramento Kings declined to extend him a qualifying offer. The decision brought an end to his brief tenure with the Kings that didn't seem to end on a positive note.

Per Kings reporter James Ham (h/t Kurt Helin of NBC Sports), DiVincenzo and his camp were "very unhappy" with how the Kings managed his minutes and didn't start him down the stretch in an attempt to lower his value for free agency.