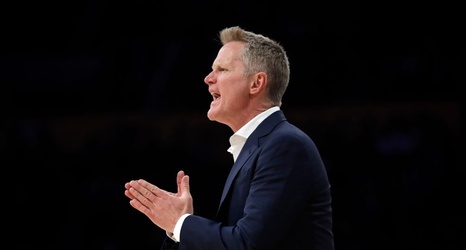 CHICAGO — The first few weeks of the Warriors’ season were filled with injuries and defeats, and head coach Steve Kerr will be pushed into something he’s only experienced once in his two-plus decades in the league: A losing record.

In 23 seasons as a player, general manager and head coach, the only losing season Kerr has had came when he was a backup guard with the 1990-91 Cleveland Cavaliers. Now, the 5-19 Warriors are poised to miss the playoffs for the first time in Kerr’s five-year coaching tenure.

This season, Kerr spends more time teaching than managing super-star egos, and more time pacing the sideline than sitting on the bench.