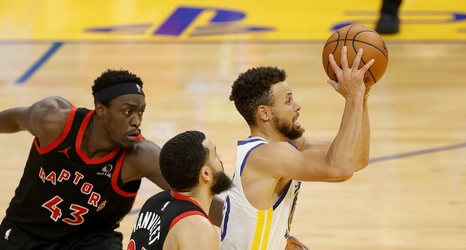 If I had told you last week that the Golden State Warriors’ four game road trip (including a jaunt to Brooklyn) would conclude with a 3-1 record, you’d probably be happy. And that’s where they stand today, narrowly missing going 4-0 after a last second loss to the Charlotte Hornets.

Now they’re headed home to the friendly confines of Chase Center in San Francisco where they have won eight out of nine home game. Speaking of the numbers 8 and 9, that’s the record of their opponent Sunday, the 8-9 Toronto Raptors!