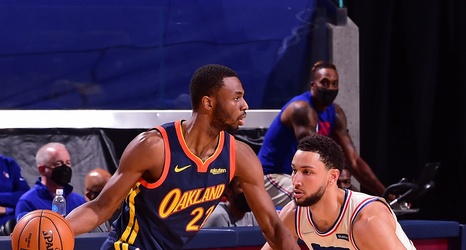 I hope that was a long enough break for Golden State Warriors fans. Two days in between games seems like an eternity in the NBA, especially for the team with the best record in basketball. The greatest show in sneakers has a stellar 15-2 resume so far, despite lacking the services of Klay Thompson. This game against the Philadelphia 76ers is a referundum on a few stories that are tangentially related to GSW.

Danny Green: Hey, this was the guy involved with the in-air collision with Thompson in the 2019 Finals that sent the Dubs into spiral of playoflessness.