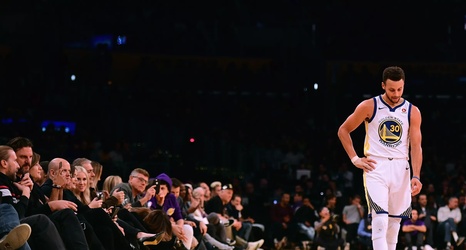 The Golden State Warriors started off their four-game road trip with some bad news yesterday: an MRI confirmed that all star point guard D’Angelo Russell sprained his thumb and he will be out for at least two weeks. Given how the season has gone, the only surprise here is that the news wasn’t worse. Two-way contract player Ty Bowman will get the start at point guard in his absence.

This drops the Warriors down to nine active players — just one more than the league-mandated roster minimum of eight — and thrusts Draymond Green into the role of team leader.